Calidutherm® is a read-mixed dry product for the production of grouting suspensions for geothermal probes in accordance with VDI 4640/Page 2. 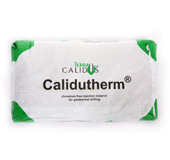 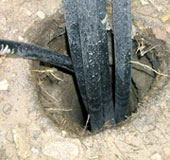 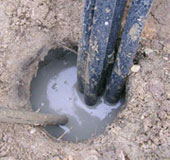 Calidutherm® contains only natural ingredients. It complies with the specifications of TRGS 613 and DIN EN 196-10 of < 2ppm in soluble Cr VI. The analysis values of Calidutherm® show that it contains 0.000005 – 0.000006% of soluble chromium VI. This means that Calidutherm® can be considered as chromate-free. 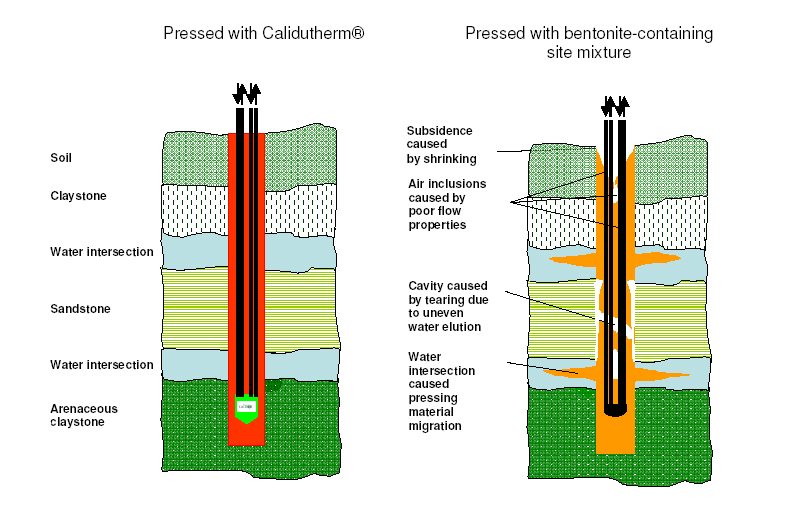 The flow properties of Calidutherm® have been improved to such an extent that a void-free grouting of the annular space in the geothermal probe borehole is possible. Cavitations caused by different swelling capacity or later water elution are excluded. By means of Calidutherm® completely encased geothermal probes can be produced. Calidutherm® hardens much faster than conventional grouting materials. Since the suspension has come to rest after the filling into the borehole, the ongoing thixotropy quickly eliminates all small cavities, preventing the suspension from being carried off by groundwaters. On the other hand, this protects the groundwater from adverse effects. When drilled through, groundwater levels quickly separate again. Calidutherm® allows to enclose the geothermal probes long-term watertight. 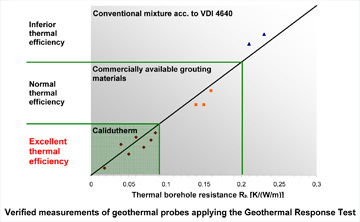 Calidutherm® remains pliable even after curing and ensures static safety for the geothermal probe by normal geological activities (settlement and displacement). A uniform pressed geothermal probe with an optimal earth contact provides a more even heat exchange and thus ensures a higher heat transfer of the whole system over its entire service life. Calidutherm® improves the efficiency of the system consisting of soil, grouting material and probe. The thermal conductivity amounts to approx. 2.0 W/mK depending on the local geology.